Located in the geographic center of the state, Pineville’s unique character is rooted in its 275 year history – a history full of colorful people and fascinating tales. Downtown Pineville still boasts much of the heritage with buildings built before the turn of the century, cemeteries that date back to the 1700’s and the only museum in the state that focuses on city government. At the same time newer contemporary developments show our city’s tremendous pride in our future. 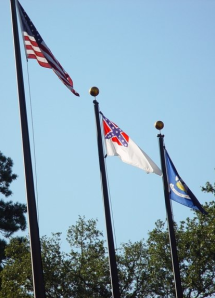 Flags of the forts

HISTORY AND HERITAGE IN MAP AREA

Building of Bailey’s Dam (from Harper’s Weekly May 1864)

The Predecessor of LSU in Pineville

The predecessor of Louisiana State University (LSU), the Louisiana State Seminary of Learning and Military Academy, was located just outside Pineville, opening in 1860 with Col. William Tecumseh Sherman as superintendent. The school closed June 30, 1861, because of the Civil War, and then reopened, only to closed again on April 23, 1863, due to the invasion of the Red River Valley by the Federal army. It was moved to Baton Rouge in 1869.

Today, a walking trail, “ghost” outlines of the buildings and markers interpret the old LSU site. It is located on U.S. Highway 71, just across from the Veteran’s Affairs Medical Center, and next to the U.S. Forest Service’s Kisatchie National Forest headquarters.

Louisiana State University was founded by the Louisiana General Assembly in 1853. It was founded under the name Louisiana State Seminary of Learning and Military Academy and was located near Pineville. The first session began on January 2, 1860, with General William Tecumseh Sherman of Ohio as LSU president.

The military opened for its fourth session in November 1862 with 112 students. Superintendent William A. Seay found the task of holding the cadets in class hopeless. According to historian John D. Winters of Louisiana Tech University:

The undisciplined young cadets with their enthusiasm for war were a continuous source of trouble. Around April 1, 1863, the cadets decided to close the school. They broke into the kitchen, smashed all the furniture, and seized all the cutlery, dishes, pots and pans, dumping them into the well. Most of the students then went home to volunteer. Professor Seay was able to keep a few students until April 23, when the excitement of the approach of Banks’s army caused him to close the school and send the cadets home to fight.”[2]

The Civil War in Louisiana – Amazon Pineville flooded by the Red River 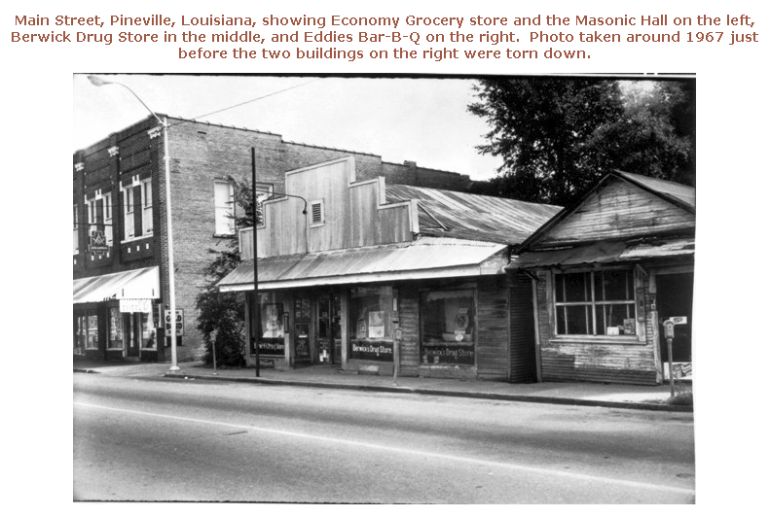