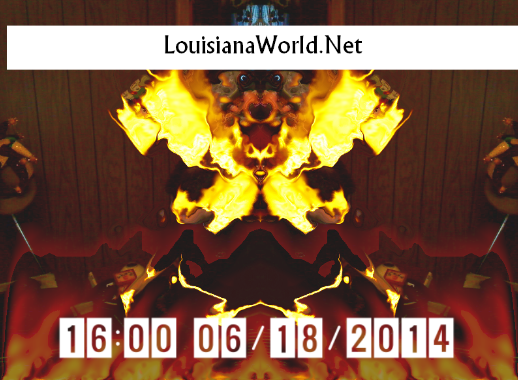 I am the great and powerful…PAY NO ATTENTION TO THE MAN BEHIND THE KEYBOARD!

Dashcam video of Carter Rhodes incident: Dashcam video of Pineville Police officers finding Carter Rhodes, a man whose family had gotten a protective order for him because he was mentally unstable. Rhodes was shot by an officer on April 10, 2012, after charging him with a pocket knife.

‘The Daily Show’ visits Louisiana for segment on chicken boxing

Arrest made for year-long string of thefts

Another case of social media providing the evidence.

Too Poor to Pay? Do not pass go, go directly to jail!

Body found in river near Port of New Orleans

Jindal: State shouldn’t tell people how to care for pets

Simple tips to avoid getting hacked