Ferguson home values are plummeting, and residents are feeling the pain

Posted on March 16, 2015 | Comments Off on Ferguson home values are plummeting, and residents are feeling the pain 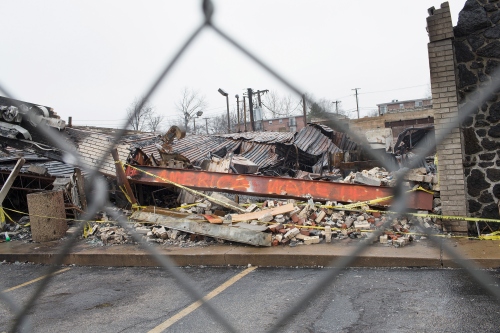 FERGUSON, MO – MARCH 13: A fence surrounds the burned rubble of a strip mall on March 13, 2015 in Ferguson, Missouri. The mall was looted and set on fire in November when rioting broke out after residents learned that the police officer responsible for the killing of Michael Brown would not be charged with any crime. Few of the businesses destroyed in the rioting in Ferguson and nearby Dellwood have reopened. Two police officers were shot Wednesday while standing outside the Ferguson police station observing a protest. Ferguson has faced many violent protests since the August death of Michael Brown. (Photo by Scott Olson/Getty Images)