Vessel to arrive in New Orleans at noon

The Marine Phoenix is on the move, heading to New Orleans East @wdsu pic.twitter.com/Hb49lPjU5W

Crew member aboard ship docked in #NOLA died of #malaria after debarking in Bahamas 2 days ago http://t.co/ML61pp9YfB pic.twitter.com/qYuHxPUZFc 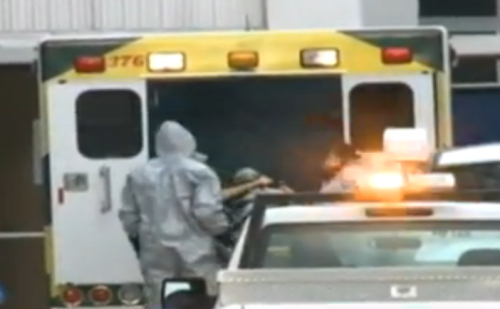 “CDC received word early this morning about a ship that would be arriving at the New Orleans port with an ill passenger on board. US Coast Guard and EMS crews met the boat and EMS will be transporting the ill crew member to a local hospital for evaluation and care. The vessel’s itinerary did include Matadi, DRC, in addition to other ports, but there is no evidence to suggest that the crew members traveled to, or had any contact with anyone from the remote inland region of DRC where Ebola cases are occurring. Given this, the chance that the crew member could have Ebola is thought to be exceedingly low. A CDC staff member who had been in New Orleans to train partners will be joining a team from the Coast Guard and Louisiana Department of Health in meeting the ship later today when it docks. We will be evaluating two other crew members who reported mild illnesses recently and will be on hand to answer questions and provide information.”