In this video WeAreChange gets an exclusive look into the vehicle of Rick Rynearson from Veterans Against Police Abuse. WeAreChange learns about about Rick’s techniques to ward off corrupt law enforcement officials. Rick’s entire vehicle covered with cameras + emergency smoke screen = One Ultimate Cop Blocking Car 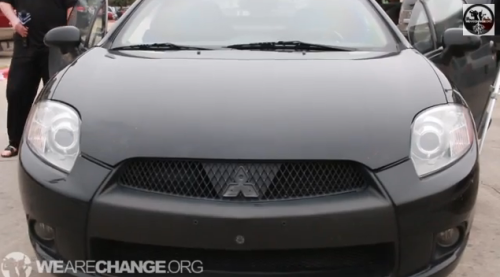 In this video Luke Rudkowski of WeAreChange talks to Rick Rynearson from Veterans Against Police Abuse. WeAreChange learns about about Rick’s fight for his freedom here in America as he takes a stand in defense of the Constitution. Are the government check points that are popping up around the US in line with our unalienable rights. What does the future hold for American citizens? Will Rick be successful in his court case or will unreasonable searches and seizures become the norm?

The right of the people to be secure in their persons, houses, papers, and effects, against unreasonable searches and seizures, shall not be violated, and no Warrants shall issue, but upon probable cause, supported by Oath or affirmation, and particularly describing the place to be searched, and the persons or things to be seized.