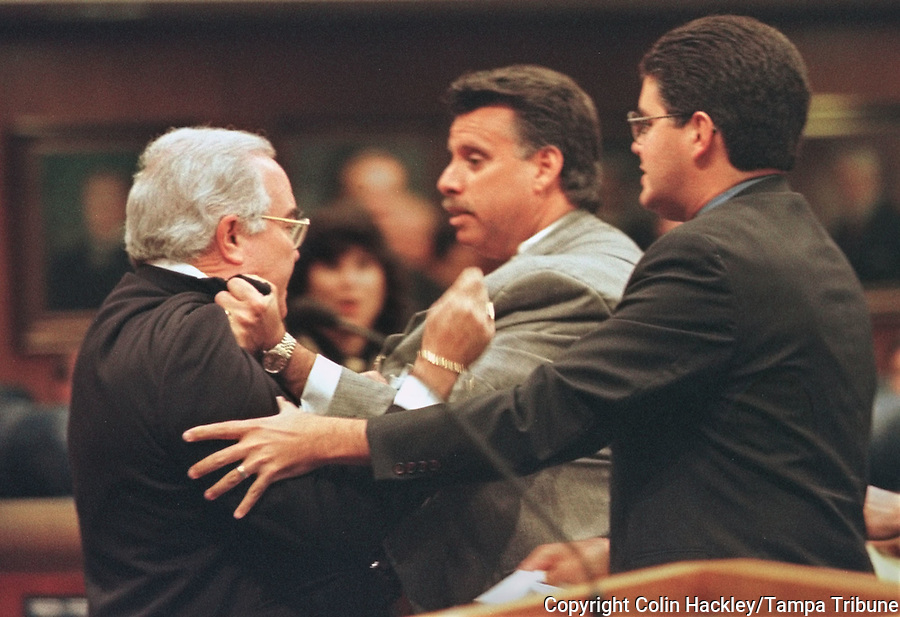 [Update to the Update: The Miami-Herald Runs This Story]

It turns out that the judge from my previous post who deemed it proper to deny a teen girl an attorney for her arraignment, deny her an attorney for future proceedings (“sell your jewelry!”), raise her bond because she had an attitude, and then jail her for 30 days after she lost it and gave him the middle finger, became famous for his lack of ability to control his own temper. Back 15 years ago, Judge Jorge Rodriguez-Chomat made headlines for attacking a fellow legislator on the floor of the Florida House of Representatives. He, of course, was not sent to jail to “learn his lesson.”

It’s interesting that Jorge, who seems to be of Latin descent and speaks…

This entry was posted in #LWN and tagged #LWN. Bookmark the permalink.